·      2018: transition to consolidation phase with continuing increase in earnings and cash flows

Munich, December 12, 2017 – At its Investor and Analyst Day 2017, MTU Aero Engines AG provided a concrete outlook for the period to 2025. 2017 marks the end of the company’s most substantial investment phase, from which it emerged with an increased adjusted EBIT margin. In 2018, MTU will move into a consolidation phase during which the company expects a continuing rise in earnings and substantially higher free cash flows. Between now and 2025, the company aims to boost its average cash conversion rate into the high double digits through the combined effect of a moderate increase in working capital and a decrease in the cash flow from investing activities. The cash conversion rate measures the proportion of net income converted into free cash flow.

MTU Aero Engines AG CEO Reiner Winkler comments: “During the consolidation phase, we expect to see more stable growth in the new engine business, accompanied by improved profit margins. The strong growth in our highly profitable spare parts sales and commercial maintenance business is likely to continue, even though margins in our commercial MRO business will remain under pressure. There are signs of potential growth in our military business as of 2020.” Looking ahead to a next investment phase, Winkler says: “Our long-term objective is to acquire higher shares in future engine programs than before.”

In 2018, the commercial OEM business is likely to achieve the strongest growth, with a predicted 30-percent increase in revenues. The commercial maintenance business is also expected to grow, with revenues increasing by a percentage in the high teens, while spare parts sales are expected to increase by a mid-single-digit percentage. Revenues in the military engine business are forecast to remain at the same level as in 2017. “This makes 2018 a transition year with a moderate increase in adjusted EBIT and a growing cash conversion rate,” says Winkler.

The amended version of the IFRS 15 reporting standard is effective for annual periods starting on or after January 1, 2018. The main changes concern the recognition of payments to customers, including concessions, the acquisition of program shares and development costs. In future, such expenses will be recognized as deductions from revenue, rather than costs. “This has an impact on reported revenues, which will be lower than before when calculated on the basis of the amended version of IFRS 15,” explains Peter Kameritsch, the designated CFO and CIO of MTU Aero Engines. “However, this will have little impact on earnings, and even lead to an improvement in our profit margins.” If the amended version of IFRS 15 had been applied in 2016, group revenues would have amounted to €3,288 million rather than the reported €4,733 million, while adjusted EBIT for the year would have been €485 million instead of €503 million. Other changes concern the definition of order backlog. Apart from the effect of the amended IFRS 15 reporting standard, the growing number of engines covered by long-term service agreements will also be included. However, the new definition leads to an almost unchanged order backlog of €14.3 billion for 2016 (2016 reported: €14.2 billion).

In the consolidation phase from 2019 onward, MTU expects its commercial maintenance business to continue growing faster than the market. At the same time, MTU expects a shift away from independent maintenance to the MRO services within the OEM service networks. “To minimize the impact of these changes on our earnings, we are focusing on best-cost locations when expanding our MRO capacity. The latest example is EME Aero, our joint venture with Lufthansa Technik for the maintenance of Geared Turbofan™ engines, which will be based in Poland,” reports Chief Program Officer Michael Schreyögg. “At the same time, we are continuing to expand our portfolio of repair and maintenance services, with a view to better satisfying customer needs.”

As far as the production activities are concerned, MTU expects the unprecedented growth of the Geared Turbofan™ programs to reach a peak in 2018, at the beginning of the consolidation phase. “After significantly increasing throughput in recent years, we expect growth to normalize during the consolidation phase,” says MTU COO Dr. Rainer Martens. His optimism is based on the high order backlog and MTU’s excellent market position.

The military engine business, which has been declining recently, can be expected to grow again from 2020 onward and reach a level of around €500 million by 2027. “The prospects in this sector are more of a long-term nature,” says Schreyögg. Future sales are most likely to arise from export deals under existing programs such as the EJ200 Eurofighter engine or the TP400-D6 for the A400M military transporter, and from new engines such as the T408 for the CH-53K heavy-lift transport helicopter or engines for a next-generation weapon system.

From the mid-2020s onward, MTU expects the development of new aircraft. As in the previous investment phase, this will give MTU the opportunity to further expand its market position. “To optimize our positioning, we are constantly building up our expertise and our competencies as technological leaders,” says Lars Wagner, MTU’s new COO as of January 2018. “We are intensively working on our technology roadmap, use our experience from the Geared Turbofan™ programs and promote a culture of innovation”.

One of the ways in which MTU utilizes its innovative strength is by reorganizing its business units in such a way that they can draw maximum benefits from modern-day digital technologies. Unlike companies in other sectors of industry, digitalization will not fundamentally change MTU’s business model.

MTU Aero Engines AG is Germany’s leading engine manufacturer, with core competencies in low-pressure turbines, high-pressure compressors, turbine center frames, manufacturing processes and repair techniques. MTU plays a key role in the new engine market through its partnership in many international development, manufacturing and sales programs, to which it contributes its high-tech components. One third of the global fleet of passenger airliners relies on components supplied by MTU. MTU is one of the world’s top 5 providers of maintenance services for commercial aircraft engines and industrial gas turbines. These activities are combined under the roof of MTU Maintenance. In the military sector, MTU Aero Engines is the lead industrial partner for almost every type of engine flown by the German armed forces. MTU operates affiliates around the globe; its corporate headquarters are based in Munich, Germany. 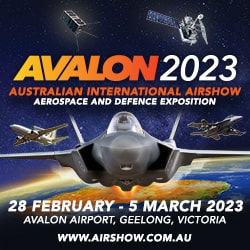 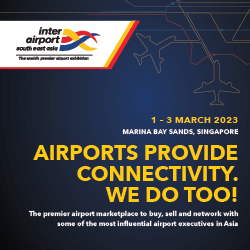 Regional Express (Rex) announced that its unaudited management accounts for December have continued to show profitability for its domestic Boeing 737 jet operations,
View on Facebook
· Share

Lufthansa Technik AG is to perform extensive base maintenance services for the Norway based airline FLYR AS on Boeing 737 MAX 8 and 737-800 aircraft.
View on Facebook
· Share

Thales Alenia Space, the joint company between Thales (67%) and Leonardo (33%), has signed a contract worth over €100 million with the European Union Agency for the Space Programme (EUSPA) to provid...
View on Facebook
· Share

The Airbus-built JUICE (JUpiter ICy moons Explorer mission) spacecraft will shortly leave Toulouse, France, for Kourou, French Guiana, for lift-off on an Ariane 5 in April 2023. Shipment is expected i...
View on Facebook
· Share

Embraer announced an initial investment in the MSW MultiCorp 2 of around US$4 million, to attract and boost innovative Brazilian startups that synergise with the company's innovation strategy.
View on Facebook
· Share

ASL Aviation Holdings and AMETEK MRO AEM are pleased to announce a new agreement for the provision of landing gear services for ASL’s European fleet of B737 Next Generation and Classic aircraft.
View on Facebook
· Share

AAPA: 2022 a year of recovery in international passenger markets
https://asianaviation.com/aapa-2022-a-year-of-recovery-in-international-passenger-markets/

Reply on Twitter 1620266107482566659 Retweet on Twitter 1620266107482566659 Like on Twitter 1620266107482566659 Twitter 1620266107482566659
Load More...
Recent Comments
babar cheema: Thanks for your information. i am read your article i am very impressive....
Zenon Entity: Great news! thanks for sharing this wonderful news with us....
ForHave: I'm glad to see Singapore is rolling out the IATA Travel Pass. This will make travelling between cou...
peter: Best design award is nice to have or receive. Unfortunately, it does not help thousands of frustrat...
zidane: thank you for the information...
peter: over 200 pax crammed in the plane like fish in a sardine can with only 3 toilets????? It is called o...
zidane: thank you for the information...
p: and you still wait up to 6 hours on the phone if you need them....
MRMO Technical Services: Thanks a lot for this awesome post. Keep up the good work. I’ll be coming back lots. I agree with ...
Global Aviation Infrastructure LLC: Very informative post it was. Many people will get help from this one. Thanks for sharing it with us...
Global Aviation Infrastructure LLC: Well Described and Very informative post it was. Many people will get helpful from this one. Thanks ...
Colin Ferrell: Excellent point Peter...... I am embarrassed at how our "Flag Carrier" comes over spitting their dum...
Colin Ferrell: So happy to see Air Asia X reintroducing flights to Australia and New Zealand in November....
stephen Wesley: I recently flew Brisbane to London return via Singapore with Qantas, one sector with Emirates. Emir...
Peter Ehrler: QANTAS like the others always trying to play down their mistakes (mismanagement) by comparing with o...
Global Aviation Infrastructure LLC: Thanks for the post. Looking for it very long time....
Pratha: HI, Thanks for this post as the blog seems to be very interesting ! Thank you guys !...
Global Aviation Infrastructure LLC: Thanks for posting this....
Steven Toh: Interesting blog, it reminds me of Narita Airport , Look at the excitement on the face most of the t...
Peter Ehrler: Unfortunately, at the moment the call centre is one big mess. Waiting time of 6 hours and more is no...

Embraer looks to recruit 1,000 new workers on expectations deliveries will...