AirAsia teams up on stopping illegal wildlife trade: AirAsia is partnering with TRAFFIC, a wildlife trade monitoring network, to raise awareness on illegal wildlife trafficking in the aviation sector. The company recently held a TRAFFIC seminar for its employees to educate them about wildlife objects that are frequently smuggled, devices used to smuggle and hide them, as well as demonstrations on how it is done. AirAsia will also be partnering with TRAFFIC to give specific role-based training to employees who may come in close contact with illegal wildlife trade in their line of work. This will include cargo and ground handlers, cabin crew, and guest services. The illegal trade of wildlife is the fourth most lucrative black market in the world and threatens the survival of some of the world’s most endangered species. The trade is worth around US$20 billion a year and impacts more than 7,000 species of animals and plants.

Intertrust authorised for GATS work: Intertrust announced that it has been authorised by the Aviation Working Group (AWG) to act as trustee service provider for the Global Aircraft Trading System (GATSTM), a fully electronic platform for buying and selling aircraft engines on lease. Intertrust is the only GATS trustee to be approved in Ireland and Singapore and the first company outside the US to be authorised to do so. Intertrust said it sees the GATS trustee offering to be an important addition to the current SPV, managing agent and aviation fund services.

STARLUX Airlines partners with Sabre: Sabre said it has signed a new partnership with Taiwan’s STARLUX Airlines. The long-term agreement to connect to Sabre’s GDS platform, will provide the airline access to Sabre’s global travel marketplace, comprising over 425,000 travel agents worldwide, supporting the carrier as it aims to become a luxury, full-service boutique carrier within the Asia Pacific region and beyond.

World ATM Congress cancelled: Due to the inordinate amount of travel restrictions, imposed on exhibitors and attendees at both national and organisational levels, the World ATM Congress has been cancelled. Organisers said they did not arrive at this outcome lightly but “in light of this worldwide (coronavirus) epidemic, we believe cancellation benefits our industry more than holding the event would. As managers of the world’s largest air traffic management (ATM) exposition, we too are members of the aviation industry, a community of front-line users, technology developers, academics, and government officials, as well as passengers ourselves, all committed to a 365/24/7 operation. World ATM Congress is an integral piece of the global airspace ecosystem and provides the most valuable venue in the world for advancing our industry. It is with heavy hearts that we make this announcement, but we know you will all understand.” The next congress will be held in Madrid in 2021. 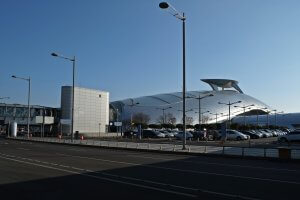 Incheon International adds Honeywell tech: Honeywell announced it will upgrade airfield lighting control and monitoring systems at Incheon International Airport (ICN) as the fourth phase of an ongoing improvement project. The upgrades will help enhance passenger service and streamline airport operations, while simultaneously enabling safer, faster travel. The work is underway and expected to be completed by October 2022. Recent construction of the airport’s fourth runway and expansion of its northern remote apron have increased flight capacity per hour from 90 to 107 flights, and the opening of Terminal 2 has allowed ICN to accommodate 18 million passengers and 50 million tons of cargo per year. In parallel, increased air traffic has created demand for a new guidance system – one that allows pilots to easily navigate ICN’s complex runways, taxiways and other airfield surfaces. To help address these challenges, Honeywell is installing its Airfield Ground Lighting Control and Monitoring System (AGLCMS) and Advanced Surface Movement Guidance and Control System (A-SMGCS) technologies to promote safer navigation through enhanced controllability under most traffic or visibility conditions, while enhancing overall operational efficiency.

ClassNK obtains accreditation: Classification society ClassNK has obtained accreditation from the Japan Accreditation Board (JAB) as a GHG emissions verification body based on the Carbon Offsetting and Reduction Scheme for International Aviation (CORSIA) by the International Civil Aviation Organisation (ICAO). Although global warming countermeasures are being discussed at the United Nations Framework Convention on Climate Change (UNFCCC), GHG emissions control in the international aviation sector, which operates across borders, will not fit in to a country basis framework for reduction measures under the UNFCCC. In light of the situation, the matter has been left up to consideration by the ICAO. ICAO adopted CORSIA in 2016 as a CO2 emission reduction scheme utilising global offsetting mechanisms, with the goal of stabilising net CO2 emissions at 2020 levels with carbon-neutral growth. ClassNK engages in the verification of GHG emissions including the Data Collection System on Fuel Consumption regulations by the International Maritime Organization (IMO DCS), the EU Monitoring, Reporting, and Verification of CO2 Emissions regulation (EU MRV) in the international/regional maritime sector which, like the aviation field, consists of cross-border activities, the Japanese Certification of amount of greenhouse gas including Emissions Trading (J-Credit Scheme), and Joint Crediting Mechanism (JCM). 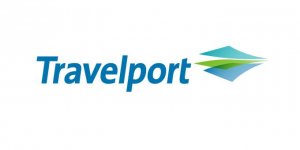 Travelport adds three airline clients: Travelport announced that it has signed multi-year content agreements with three new airline partners in the Pacific region: Fly Corporate (Australia), Fly Pelican (Australia) and Air Chathams (New Zealand). The news comes just two weeks after the company announced it had signed new multi-year content agreements with five other Pacific carriers. Under the agreements, Travelport will support Fly Corporate, Fly Pelican and Air Chathams by providing more than 68,000 agencies servicing hundreds of millions of travellers around the world with real-time access to search, sell, and book their content and inventory. 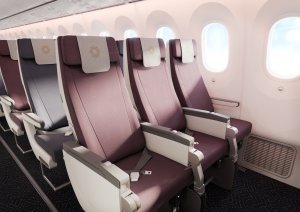 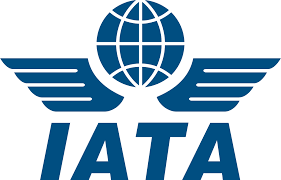 World Cargo event postponed: The International Air Transport Association (IATA) has postponed this year’s World Cargo Symposium as a result of coronavirus-related cancellations. The three-day event has become the largest annual event in the air cargo calendar, attracting more than 1,000 attendees and 40 exhibitors. The show had been due to take place on 10-12 March in Istanbul, but the airline association said that despite there being no reported cases in Turkey, it had taken the decision to postpone. No new date has been announced yet. 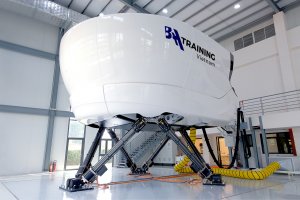 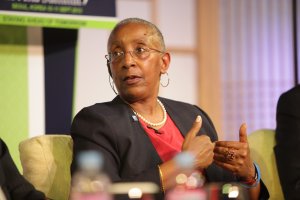 ACI head says investment in infrastructure vital for airport industry: The head of Airports Council International (ACI) World has emphasised the need for infrastructure financing, revenue generation and customer experience excellence in sustaining a vibrant airport industry. Moderating the Director’s Panel at the 2020 Airport Experience Conference in Denver, Colorado, ACI World Director General Angela Gittens highlighted the infrastructure and financing challenges that airports in the US face as well as their possible solutions. “Although nearly all US airports are owned by state or local governments, airports are required by the federal government to be as self-sustaining as possible, and thus receive little or no direct taxpayer support,” ACI World Director General Angela Gittens said. “This means that airports must operate like businesses – funding their operations from their revenue, and responsibly planning funding for very major improvement projects – which can often be very expensive. “Modernising the Passenger Facility Charge – which is capped at US$4.50 – and maintaining a robust Airport Improvement Program would allow airports to do what they do best: serve their passengers with safe, secure, and sustainable facilities, as well as effectively plan for the future.” Gittens went on to discuss the importance of value creation and the passenger experience. “A key consideration is whether value is created for passengers and airlines relative to overall airport costs,” she said. “With growth in traffic, increasing globalisation and heightened competition for tomorrow’s travellers, catering to the needs of our passengers will be pivotal to airports’ success.”

Airbus affiliate shoots for the moon

IATA: Passenger traffic up in November but Omicron likely to hit period ahead with border closures

Vietjet to resume flights between Vietnam and Thailand - Asian Aviation

Collins Aerospace in Wroclaw, Poland has been awarded a first-time support agreement for evacuation slides by Spairliners
View on Facebook
· Share

VINCI Airports has taken over the operation of Manaus airport under a 30-year concession contract awarded by Brazilian civil aviation in April.
View on Facebook
· Share

Airbus Crisa, an affiliate company of Airbus, has signed a contract for the development of the Power Management and Distribution (PMAD) system for the Habitation and Logistics Outpost (HALO) with Nort...
View on Facebook
· Share

Ahmedabad International Airport is also paving the way for a greener tomorrow with new tree plantings and other environmental moves.
View on Facebook
· Share

In a new re-marketing transaction, TrueNoord, the specialist regional aircraft lessor, announced it has entered into a new four-year operating lease agreement with Amelia International
View on Facebook
· Share

Airbus has been contracted to supply space start-up Loft Orbital with more than 15 satellite platforms derived from the Airbus Arrow platform.
View on Facebook
· Share

Vietjet to resume flights between Vietnam and Thailand
https://asianaviation.com/vietjet-to-resume-services-between-vietnam-and-thailand/

Reply on Twitter 1482922490435633153Retweet on Twitter 1482922490435633153Like on Twitter 14829224904356331531Twitter 1482922490435633153
Load More...
Recent Comments
James C. Makin: very good job, but looks a lot like a scaled down P-51....
Clayton: Not sure how needed the 330s are in November with Vietnam, unfortunately, being even less attractive...
Perry Valleriani: Just curious where the B-717 simulator moved to….....
peter parkar: Changing the flight bookings with Finnair airlines is uncomplicated and hassle-free. Pessengers are ...
Amanda Pehi: Alliance feels like a budget airline, feels cheaper than Jetstar with the no thrills (entertainment ...
peter parkar: Nowadays everyone wants their seats as per their wish and Alitalia Change Seats is ready to help suc...
aviationinfra: Thanks for sharing this information with us. This is great news....
ALEX THOMPSON: With Hawaiian Airlines, Managing and cancellation of your flight are so easy, and convenient. Hawaii...
BRETT HARRIS: APSOLUTE DISGRASE, When will this end Allan Joyce give himself a massive pay rise. If his workers on...
Airlinespolicy: Sudden change in plans may give you big stress, but with Southwest Airlines you can manage all your ...
aviationinfra: Thanks for sharing this blog on fuelstat system. This is a newer, more accurate measurement system t...
Kazem shoeibi: Fabulously wonderful...
Rizvi Aqtedar: We hope the Indian Aviation sector prospers with modernized fleet creates better job prospects for A...
Rizvi Aqtedar: Congratulations to Mr. Vinod Kanab, we welcome him to this new position and wish him all the best to...
David Mitchell: Great post covering most of the details about our product. Testing fuel is an imperative thing, espe...
David: Thank you for the mention of our product. Our kit is unparalleled and distinguishes the presence of ...
clem newton-brown: www.skyportz.com welcomes this announcement and looks forward to facilitating access to our air taxi...
Antionette Martin: hawaiian airlines change flight policy : Hawaiian Airlines coronavirus change fee policy. Hawaiian A...
Antionette Martin: vueling change flight 24 hours passengers can cancel a flight booked on Vueling within 24 hours o...
Athol Franz: South Africa is suffering from two pandemics. The first is the dreaded COVID-19 that the whole world...

Vietjet to resume flights between Vietnam and Thailand