Hong Kong’s Metrojet completes Gulfstream work: The MRO station of Hong Kong-based Metrojet has completed a 4C inspection on a Gulfstream G650ER while working within all of the unprecedented aviation safety constrains and measures of COVID-19. “Although the COVID-19 pandemic has taken us all by surprise by its severity and resiliency, the Metrojet staff maintained their composure and continued to respond professionally and expeditiously to all of our clients’ maintenance and operational requests,” said Gary Dolski, CEO of Metrojet. “I am very proud of our team for their continued high level of service and support throughout these challenging times.” Metrojet’s HK MRO maintains a wide range of Gulfstream aircraft and are currently in the process of investing in the future G500/600 product lines, under approvals from the Hong Kong CAD, U.S. FAA, Bermuda BCAA, Canada TCCA, Cayman Island CAACI, Isle of Man IoMAR, San Marino SMAR, Thailand CAAT, Aruba DCA and Qatar QCAA.

Congo Airways converts Embraer order: Congo Airways has converted the firm order made in December 2019 for two E175 aircraft, with purchase rights for two more, into a firm order for two E190-E2 jets, with purchase rights for a further two. The new deal has a total value of US$256 million at current list prices with all purchase rights exercised, and will be included in Embraer’s second quarter backlog. The aircraft will be configured in a dual-class layout seating 96 passengers in total, with 12 staggered Business Class seats. Deliveries are expected to begin in the second quarter of 2022. This is second E2 order received from an African customer. There are currently 189 Embraer aircraft operating in Africa with 54 airlines in 27 countries.

AAR named friend of veterans: AAR has been named to the “Best of the Best 2020 – Top Veteran-Friendly Companies” list by US Veterans Magazine (USVM). USVM polled hundreds of Fortune 1,000 companies for this year’s Best of the Best evaluations. The award recognises the top US companies actively recruiting and providing a rewarding work culture for veterans, transitioning service members, disabled veterans and military spouses. “AAR is honoured to be recognised as a Top Veteran-Friendly Company,” said John Cooper, AAR senior vice president for Global Government & Defence. “Our military veterans, who comprise 24 percent of AAR’s US-based workforce, are an integral part of what makes AAR strong. We are very proud of our team and committed to supporting our veterans in hiring practices, corporate social responsibility and employee recognition.” 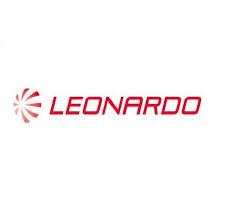 Air Charter Association criticises UK quarantine measures: The Air Charter Association issued a statement saying it is “both surprised and disappointed” that the UK Government has introduced a new quarantine policy that will make arriving passengers in the UK isolate for 14 days. The resulting blanket quarantine policy reveals a limited understanding of all sectors of the aviation industry, features inconsistencies that discriminate against aviation professionals, and, in the case of the global air charter industry, prevents high-priority travel by decision makers that is vital to the UK’s recovery and future prosperity. This is particularly poignant as we now head towards an inevitable recession and the end of the Brexit transition period, the association said. At a time when other European nations are beginning to relax their travel restrictions, it is disappointing that the government has disregarded the safe working practices and testing regimes proposed by the Association’s members and other industry bodies which could easily be implemented to allow small numbers of passengers to travel safely across borders. If business leaders, who generate many millions of pounds of investment in the UK economy, and employ many millions of people in the UK, are unable to travel for short periods to the country, we believe this will materially worsen the economic harm for the UK economy and aviation industry and further delay their recovery, it added. 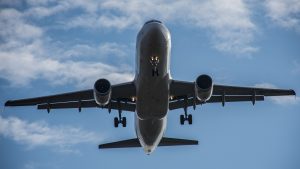 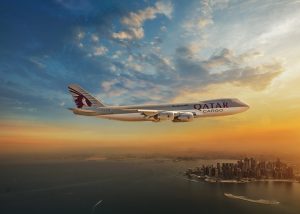 Qatar Airways and UNHCR partner on aid for displaced: Qatar Airways has signed a two-year partnership with UNHCR, the UN Refugee Agency to provide humanitarian relief and assistance to the displaced globally. The partnership, which is a first between both organisations, will involve a strategic collaboration whereby Qatar Airways will support with the delivery of crucial aid supplies to those most in need during these unprecedented times. The agreement, which was signed in Doha on 19 May 2020 is an important synergy between Qatar Airways and UNHCR and a clear response to the current challenges that are presented by COVID-19. The partnership, which will be effective through to May 2022 will see UNHCR work closely with Qatar Airways to utilise the airline’s hub-and spoke network out of Hamad International Airport in Doha. By having access to a fleet of more than 200 aircraft, UNHCR will be able to deliver lifesaving support including water, medical care and hygiene materials to keep refugees, internally displaced people and host community members safe around the world. 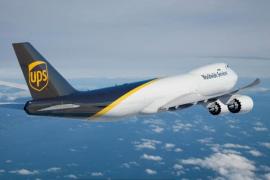 UPS to match carbon offsets on World Environment Day: UPS announced the company will commemorate World Environment Day on 5 June by matching the carbon offsets of all packages shipped via its carbon neutral programme during the month of June. UPS carbon neutral counterbalances the estimated carbon impact of each shipment by purchasing certified carbon offsets. To participate, shippers pay a fee as little as the local currency equivalent of US$0.75 per package, then UPS will match these offsets throughout June. This is essentially doubling the shipper’s impact thereby allowing the shipper to potentially net out “carbon negative” in June. The optional service is available on shipments using UPS Express Plus, Express, Express Saver, Expedited, and Worldwide Express Freight services. 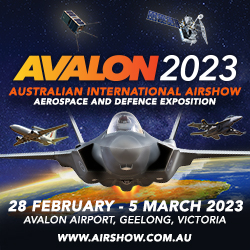 SITA announced that it has signed a partnership agreement with Alstef Group, an established baggage handling specialist, to launch Swift Drop
View on Facebook
· Share

Reply on Twitter 1543736027835088897 Retweet on Twitter 1543736027835088897 Like on Twitter 1543736027835088897 Twitter 1543736027835088897
Load More...
Recent Comments
Global Aviation Infrastructure LLC: Thanks for posting this....
Steven Toh: Interesting blog, it reminds me of Narita Airport , Look at the excitement on the face most of the t...
Peter Ehrler: Unfortunately, at the moment the call centre is one big mess. Waiting time of 6 hours and more is no...
Howard M Neely: How about Air Asia pay the thousands of its EX customers fior cancelling flights and keeping our mo...
RUPERT: BAC are a airport management company, they have no input into what fuel airlines choose to use in ai...
Emily jones: Clean skies need to also extend to include the excessive noise pollution that BAC subjects the Brisb...
Charlie: The dream team of putin/trump is thrilled to hear this news....
Jarren: AirAsia brand has been badly tarnished by the company's dishonest business practice of withholding c...
Alexandre: This subject is very interesting inspiring! this is new to me i found this article on Google. Con...
Cole Byrne: Thanks for sharing this! All the best!...
James C. Makin: very good job, but looks a lot like a scaled down P-51....
Clayton: Not sure how needed the 330s are in November with Vietnam, unfortunately, being even less attractive...
Perry Valleriani: Just curious where the B-717 simulator moved to….....
peter parkar: Changing the flight bookings with Finnair airlines is uncomplicated and hassle-free. Pessengers are ...
Amanda Pehi: Alliance feels like a budget airline, feels cheaper than Jetstar with the no thrills (entertainment ...
peter parkar: Nowadays everyone wants their seats as per their wish and Alitalia Change Seats is ready to help suc...
aviationinfra: Thanks for sharing this information with us. This is great news....
ALEX THOMPSON: With Hawaiian Airlines, Managing and cancellation of your flight are so easy, and convenient. Hawaii...
BRETT HARRIS: APSOLUTE DISGRASE, When will this end Allan Joyce give himself a massive pay rise. If his workers on...
Airlinespolicy: Sudden change in plans may give you big stress, but with Southwest Airlines you can manage all your ...