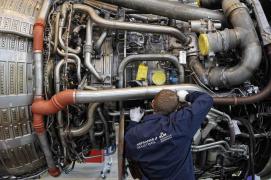 Triumph Group, AFI KLM E&M form joint venture: Triumph Group and Air France Industries KLM Engineering & Maintenance (AFI KLM E&M) announced they have signed a definitive agreement to form a joint venture to overhaul nacelles for next generation aircraft at Triumph’s Hot Springs, Arkansas repair facility. Building on their partnership announced in June 2019, Triumph Group and AFI KLM E&M will provide expanded ‘new gen’ nacelle maintenance, repair and overhaul (MRO) services for customers based in North and South America. The formation of this joint venture, subject to regulatory approval, represents the critical first phase of the parties’ previously announced strategic collaboration to leverage their combined expertise and capabilities to provide seamless global MRO support to customers regardless of location. From operational issues to regular maintenance, the joint venture will benefit aircraft operators in the Americas by offering the combined experience of a global airline-MRO that operates and maintains ‘new gen’ aircraft with that of a trusted and established MRO service provider.

AAR´s Cooper receives Lifetime Achievement Award by the LOA: AAR announced that Senior Vice President of Global Government and Defense Lt General John B. Cooper (USAF, ret) received the Logistics Officer Association (LOA) Lifetime Achievement Award during the network´s virtual symposium. The event focuses on leadership, innovation, velocity, excellence and this year´s theme was ‘Under Attack: Agile Logistics for the Future Fight’. Joining AAR’s senior leadership in 2019, Cooper runs the strategic development and planning for AAR’s growing government and defence sectors. Before joining AAR, Cooper served over three decades in the US Air Force with his final assignment as the USAF’s ranking general for logistics, engineering and force protection at the Pentagon. There he oversaw development of a US$25 billion annual budget and approved all policy for logistics, maintenance, sustainment and supply chain management across the Air Force. A munitions and maintenance officer by trade, he commanded at the squadron, group, and wing levels. He also held numerous high-ranking leadership positions in the logistics and sustainment community and participated in numerous contingency operations.

TOPCAST forms distribution partnership with AmSafe Bridport: Hong Kong-based TOPCAST announced a new distributor agreement with AmSafe Bridport for its commercial aftermarket parts in the Asia-Pacific region. This partnership covers approved and certified cargo restraints and protection systems for commercial aviation. “Partnership with AmSafe Bridport is a key mileage for our cargo product portfolio. Together we trust our customers can enjoy more choices to move, lift, deliver, protect or restrain their cargo services,” said Craig Winfrey, vice president, Corporate Strategy and Business Development of TOPCAST. “We commit to deliver value-added services to the market and we are honoured to support the current strong demand in air cargo in the midst of pandemic.” 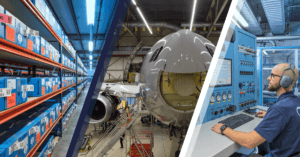 Panta Holdings acquires Fokker Services and Fokker Techniek: Panta Holdings, a Dutch investment company, expands its aerospace footprint by acquiring aviation aftermarket businesses Fokker Services and Fokker Techniek from Fokker Technologies/GKN Aerospace. Under new ownership, the companies will continue to invest in technology innovations, advanced processes and engineering excellence to play a leading role in the aerospace aftermarket. The companies will work closely together and are well positioned to capture growth in various aerospace segments in a market changed by COVID-19, with its global facilities in the Netherlands, Singapore and the United States. Customers around the world can continue to rely on the 100+ years of design, production and maintenance expertise, delivering innovative total support solutions. Fokker Services and Fokker Techniek will be jointly led by two experienced industry executives, Roland van Dijk and Menzo van der Beek. 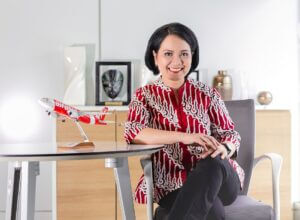 AirAsia Indonesia CEO wins awards: AirAsia Indonesia CEO Veranita Yosephine has been awarded with one of the first global AeroTime Aviation Achievement Awards for her work, not only as CEO AirAsia Indonesia but for championing global workplace equality and diversity. The only serving female airline CEO currently in Indonesia, Vera has led the company’s phenomenal expansion into a double-digit growth by the end of 2019, and weathered the pandemic to pose a strong rebound at the end of 2020 with domestic service running at a remarkable 93 percent of AirAsia Indonesia’s pre-COVID capacity in December.

Sabre introduces new airline storefront: Sabre announced the introduction of its new airline storefront, an industry-first capability that makes it easier to comparison-shop increasingly complex airline offers in the indirect channel. The new airline storefront capabilities are available via Sabre’s shopping APIs, which travel retailers can leverage to build a bespoke storefront and enhance their customers’ experience. Sabre expects to launch the new capability for travel agencies via Sabre Red 360 in the coming weeks. Powered by Sabre’s shopping APIs, new airline storefront provides digital “shelves” that organise the breadth and depth of an airline’s offering in a side-by-side display to help travellers shop with confidence and make better buying decisions to meet their personal needs. For airlines, the new airline storefront supports differentiation and more merchandising opportunities in the indirect channel, with flight search results displaying several product offerings for an individual flight. For travel buyers, it allows for efficient comparison shopping across several flight options and helps travellers choose the offer that is right for them. 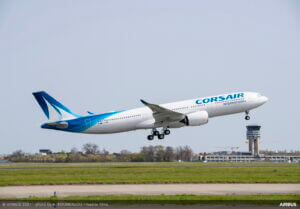 Corsair takes delivery of its first A330neo: Corsair has taken delivery of its first A330-900, on lease from Avolon, to join the French airline’s fleet. By selecting a total of five A330neos, Corsair is executing its strategy to become an all-A330 operator. Thanks to the A330neo’s latest technologies, Corsair will benefit from cost-effective and eco-efficient solutions, while providing passengers with the best comfort standards in the quietest cabins in its class. The aircraft features 352 seats in a three-class layout, providing all the comfort and amenities of Airbus’ leading ‘Airspace’ cabin, including state-of-the-art passenger in-flight entertainment (IFE) and full WiFi connectivity throughout the cabin. The A330neo is powered by Rolls-Royce’s latest-generation Trent 7000 engines. The Corsair aircraft will also be the first A330neo to feature an increased maximum take-off weight of 251 tonnes. This capability will allow the airline to fly long-haul destinations up to 13,400 km (7,200nm) or benefit from ten tons more payload on board. 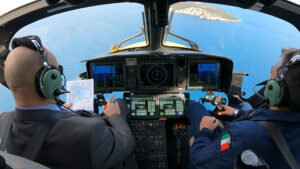 ENAV, Leonardo validate PBN in Italy: ENAV and Leonardo have tested and validated the PBN (Performance Based Navigation) procedure for the Foggia – Tremiti S. Domino Island route in the Apulia region (southern Italy). This was carried out with an AW169 helicopter operated by Alidaunia, a company providing transport services to and from the Tremiti Islands, as well as emergency medical service missions which support the relevant local community. PBN procedures, carried out through advanced satellite navigation and aircraft avionics, significantly contribute to air space optimisation delivering greater flight operation safety thanks to greater navigation, approach and landing precision and accuracy, a key enabler particularly in certain weather conditions. PBN is combined or replaces the more traditional land-based radio navigation systems. Moreover, PBN procedures ensure a reduction in polluting emissions and noise through dedicated routes and lower fuel consumption. Passenger transport, emergency medical service and rescue, disaster relief operations, surveillance and fire-fighting are among the main applications that can benefit from this technology, in all-weather conditions, day and night. Its adoption and implementation significantly enhance flight safety, environment protection, public service flexibility, responsiveness and effectiveness, and air transport efficiency. 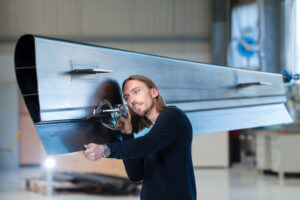 FACC, Airbus develop wings of the future: Under the “Wing of Tomorrow” project, FACC is working on the development of innovative manufacturing processes to be employed in the production of three essential wing components: wing box lower covers, flaps and spoiler & droop panels. The goal is to produce complex components in a faster, simpler and more cost-effective manner. The first subproject, the development of lower covers for wing boxes, was successfully completed last year. FACC has now recently constructed a flap prototype in the course of the second subproject by means of resin transfer molding. Although this technique was already introduced in previous projects, it has never before been applied on this scale and with such a high degree of complexity. “Joint research with leading international aircraft manufacturers is an important part of our innovation work,” said Robert Machtlinger, CEO of FACC. “Our development engineers are researching new technologies and products for the next aircraft generations. One lighthouse initiative in this context is the ‘Wing of Tomorrow’ program, which Airbus launched in 2018 in cooperation with FACC and other industry partners.”

Cathay closing Canada pilot base, may close others

OPINION: Runway to a smart, sustainable and safe restart 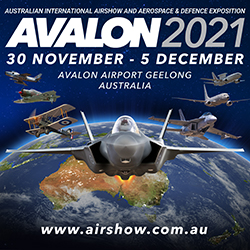 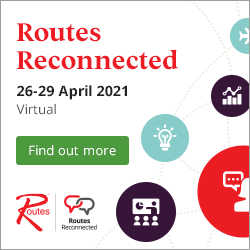 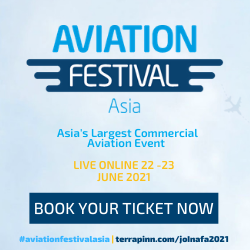 Arianespace, the European launch services company, is organizing a contest in conjunction with the VivaTech international innovation show.
View on Facebook
· Share

Utility Air Pty Ltd (“Utility Air”), exclusive Distributor for Diamond Aircraft in the region, has announced that it has procured 5 DA20 and 8 DA42 aircraft for the support of flight training in the region.
View on Facebook
· Share

The last 747-400 passenger aircraft in Taiwan will soon enter retirement so a “Farewell My Queen” send-off party was held by China Airlines on the morning of 12 April.
View on Facebook
· Share

Sanad Capital, a wholly-owned subsidiary of Mubadala Investment Company and the global aerospace engineering and leasing solutions provider, has closed a US$55 million debt financing deal with the Commercial Bank of Dubai (CBD).
View on Facebook
· Share

Reply on Twitter 1384965749857468416Retweet on Twitter 1384965749857468416Like on Twitter 1384965749857468416Twitter 1384965749857468416
Load More...
Recent Comments
no: Disputed? The criminals at Wolfpack have been proven to be telling blatant lies to compliment their ...
Matt Driskill: You need to contact Airbus directly....
Ahsan M Kabir: Dear Sir, We very often need various type of services for Bangladesh Army Aviation operated 2 nos. D...
Alice: Covid-19 cases could nearly double to 20 million by Christmas, NBC News data shows Schools increasin...
Anonymous traveler: Seriously? Personal health information shared in an app? Mandatory Immunization for traveling? You...
Bruce: Presumptuous of Boeing to count their chickens before the eggs hatch. Given the 5g bans, combine tha...
Matt Driskill: You would need to ask them....
Sunday ihechi glory: Please when is south korea reopening their international airlines?...
Gavin Bird: Has the carbon burden of producing bulk hydrogen been factored in?...
Desmond Ross: Second time in Alan Joyce tenure at QANTAS that he has abandoned Aussies overseas. I think this mig...
Bambang: The only key is the vaccine, hope the scientists confirm the invention and distribute to all countri...
Dominic Yeo: Really hope it's not leading to Singapore Qantas merger...
Mr. Claudio Lemes Louzada: For the general public the designation M90 and M100 is confusing, almost a marketing mistake. The M1...
Dave Simpsom: https://loyaltylobby.com/2020/05/29/thai-airways-files-for-bankruptcy-protection-wont-refund-any-tic...
Roy Partington: The refund option is to email them at reservations@, You then receive an automated email as below ...
TicTacToe: **They have three refund options....
TicTacToe: @Nitsa Wilde: I have read in their website and mobile app. They will honor refunds. They have the re...
Gavin Beath: Yes, I want to know this information too....
Matt Driskill: You need to contact the airline itself for that information....
Nitsa Wilde: What does "‘rehabilitated’ via bankruptcy court" mean for passengers who have already paid for c...

Cathay closing Canada pilot base, may close others